PORTLAND, ME – The Maine Celtics, presented by Unum, announced today the promotion of Jarell Christian to Director of Maine Basketball and Player Development, and hiring of Alex Barlow as Maine Head Coach for the upcoming 2022-23 NBA G League season. 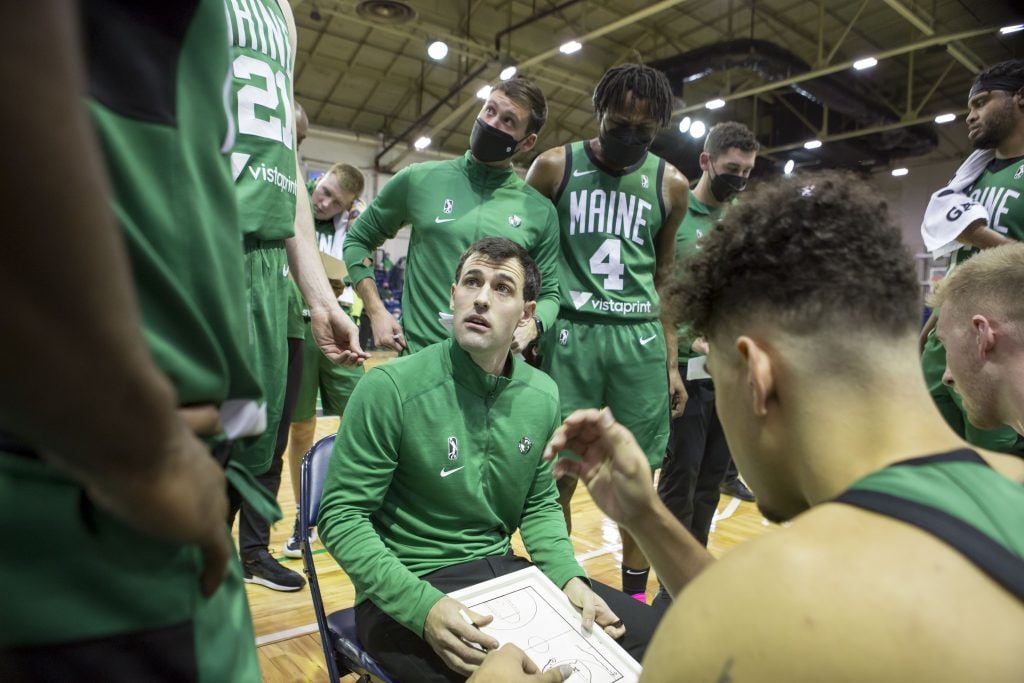 Alex Barlow drawing up a play during the 2021-22 NBA G League season.[/caption]

Barlow, who has been on the Maine coaching staff for three seasons, becomes the 8th head coach in the history of the Maine franchise. He replaces Christian, who led Maine to 28 wins in the COVID-shortened 2021-22 campaign.

“Jarell did a tremendous job last year as the Head Coach of the Maine Celtics, and we are excited to welcome him to Boston as the Director of Maine Basketball and Player Development,” said Boston Celtics President of Basketball Operations Brad Stevens. “He will be helping to lead our efforts in building out our Maine roster and in making sure we maximize the growth and development of both full-time roster players and assignees.

Christian, whose duties include general manager of Maine, replaces Remy Cofield, who is promoted to Director of Scouting in Boston. 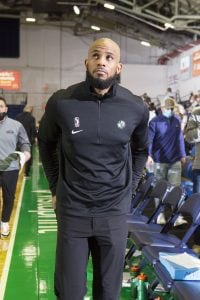 “Our focus has been about developing talent in Maine, and that includes our staff,” said Christian. “Alex has served this organization in various roles, and I know he is prepared to continue carrying out the values of the Celtics organization.”

Barlow is a former NCAA standout at Butler University. Coached by Stevens, Barlow started every game his senior year. Barlow began coaching in Maine as an assistant during the 2017-18 season. The following season, he worked in Boston, helping develop Robert Williams III during his rookie campaign. Barlow returned to Maine for the 2019-20 season as Associate Head Coach, a role he continued last season.

“I am very humbled and excited to be taking on the head coaching role in Maine,” said Barlow. “I have been able to grow both personally and professionally in my time in Maine. I’m looking forward to making this next step in my career, and I can’t wait to get the season started at the Expo.”

“After working under three very good head coaches in Maine, Alex is undoubtedly ready for this opportunity,” said Stevens. “He’s an excellent young coach, and he understands all that goes into running a successful team in Maine. He works hard, he knows the game, and he is committed to constant improvement.”

The Maine Celtics open the 2022-23 season at the Portland Expo on Nov. 4. Season Ticket Memberships and Mini Plans are on sale now and can be purchased by visiting MaineCeltics.com.