PORTLAND, Maine – Members of the Boston Celtics and Maine Red Claws front offices gathered inside the Portland Expo Center Tuesday morning to celebrate the beginning of a new chapter in their decade-long partnership. During a joint press conference held on the hardwood that the Red Claws call home, the Celtics officially announced the purchase of their long-time G League affiliate.

While the C’s and Claws have already established a strong relationship over the years, this acquisition should open up brand-new opportunities for both organizations to grow.

“We’re excited for a lot of reasons,” Celtics president Rich Gotham said in his opening statement. “The G League has become increasingly important to the NBA, and the Maine Red Claws have become increasingly important to the Celtics’ player development efforts. We love the market up here. We love the fan avidity that exists in Maine. You might think it’s a hockey state if you didn’t know better, but you come up here, you find out pretty quickly that it’s actually a great basketball state. So we’re happy to be in Maine, in a vibrant city like Portland.”

The fact that the Celtics recognize and appreciate the strong basketball culture in Maine was one of the most important factors to the Red Claws’ former ownership group as it opened up negotiations this past summer.

“From our perspective, it was really important to sell the team to somebody that had a community focus and a focus on Maine,” said Bill Ryan Jr., chairman and former principal owner of the Red Claws. “And obviously we’ve been partners with Rich and the Celtics for the last 11 years, so we know what they are, we know what they’re about and we know their dedication to the community, both in Boston and in Massachusetts, but we also know what they’re going to bring here.”

From an on-court standpoint, the collective hope is that this enhanced partnership can help expedite player development within both organizations. It will be easier now more than ever for the teams to share resources, which should ultimately make things easier for the athletes who transition between the two clubs.

“I think we’ll just be able to take it to the next step,” said Celtics director of player personnel Austin Ainge, who served as Maine’s first head coach from 2009-11. “An evolutionary step – not night and day – but slowly get better at offering everything we can from the Celtics side to the players here. And the rules have also helped that the NBA and G League have put in place where we have just so much more interaction, so many more players in training camp that learn our system and build relationships with medical staff and these things. It’s just gotten better from when we started 11 years ago. It’s drastic, but it’s been a slow, steady improvement.”

The Celtics also plan to help provide a positive off-court influence for the Red Claws, both behind the scenes in the front office and out in the Greater Portland community. 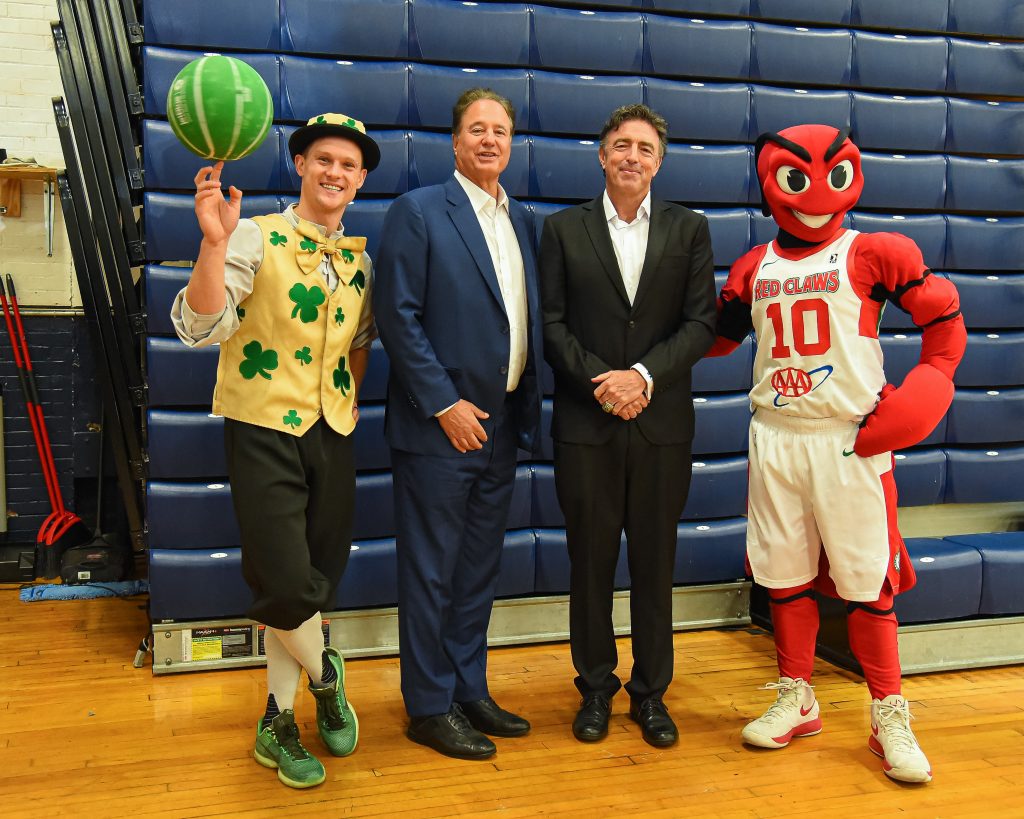 “What we hope to be able to do is to bring some of our resources, our expertise and really our brand equity from the Celtics up here to Maine to try to engage more fans and build a more successful business that will allow us to continue to invest in that business,” Gotham said. “If we can invest in the business, then we can invest in the basketball. And generally, when we’re investing in basketball, we’re creating a better product, a better fan experience, better players for the Celtics.”

Not only should this strengthened relationship directly impact these two organizations, but it should also benefit the G League in general. G League president Shareef Abdur-Rahim, for one, is excited about what these types of bonds can help create for the league in the future.

Abdur-Raheem says his goal is for the G League to become recognized as the second-best league in the world behind the NBA. Over the last several years, as more first-round NBA draft picks have been spending time in the G League and a higher number of college players have left school early to join one of its 28 teams, it certainly appears to be trending that way.

The Celtics’ purchase of the Red Claws should only help boost that trend, while also helping to build the futures of both organizations moving forward.