PORTLAND, Maine – September 12, 2019 – The Maine Red Claws, presented by Unum, today announced that the Boston Celtics have hired Darren Erman to be the new head coach of the Red Claws. Erman, who worked the last four seasons as Associate Head Coach of the New Orleans Pelicans, becomes the 6th head coach in Red Claws franchise history.

Erman replaces Brandon Bailey, who was promoted to Boston as an assistant coach. 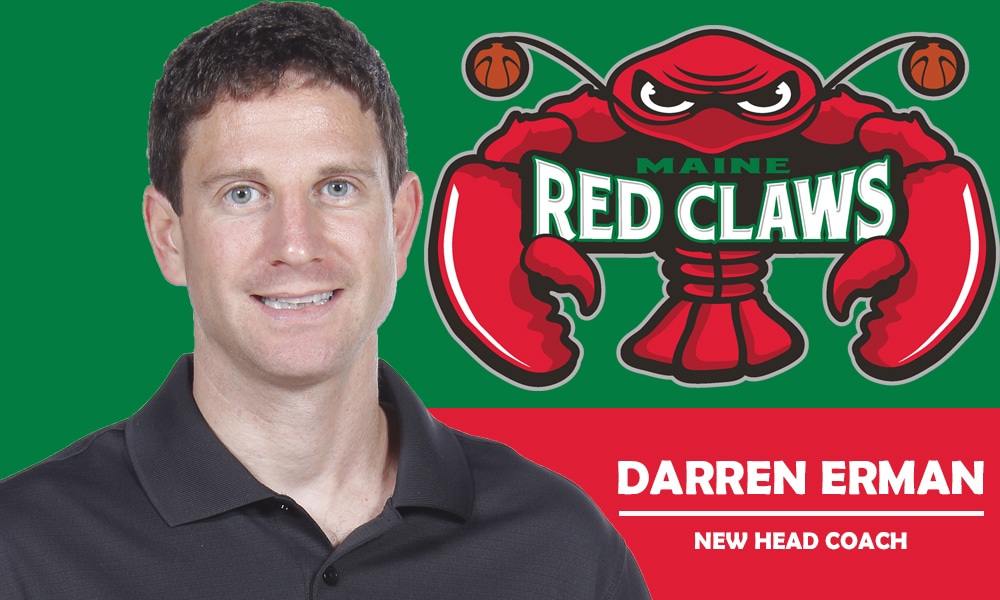 “I am beyond excited to be returning to the Celtics organization to lead the Red Claws,” said Erman. “Boston is where it all started for me, and I know all about Maine. I can’t wait to bring all that I’ve learned in the NBA ranks to the G League this season.”

“Darren is a very good coach, who is constantly looking to grow and tackle new challenges,” said Boston Celtics Head Coach Brad Stevens. “We are excited that he chose to lead Maine, and are looking forward to the great value that he will bring to both the Celtics and the Claws.”

Erman began his coaching career with the Celtics in the 2007-08 season. After an assistant coaching stint with the Golden State Warriors from 2011-14, he returned to Boston as Director of Scouting. One year later, Erman was named Associate Head Coach of the New Orleans Pelicans, a position he held for four seasons.

“This is a great opportunity for both Darren and the Red Claws,” said Red Claws President Dajuan Eubanks. “Darren has a very impressive coaching resume. As with NBA players who play here, it’s exciting to see NBA coaches come to the NBA G League. We can’t wait for the season to start.”

Maine’s season begins Nov. 9 at Delaware. The Red Claws return home to the Portland Expo on Nov. 15. Ticket information is available by calling 207-210-6655 or visiting MaineRedClaws.com.