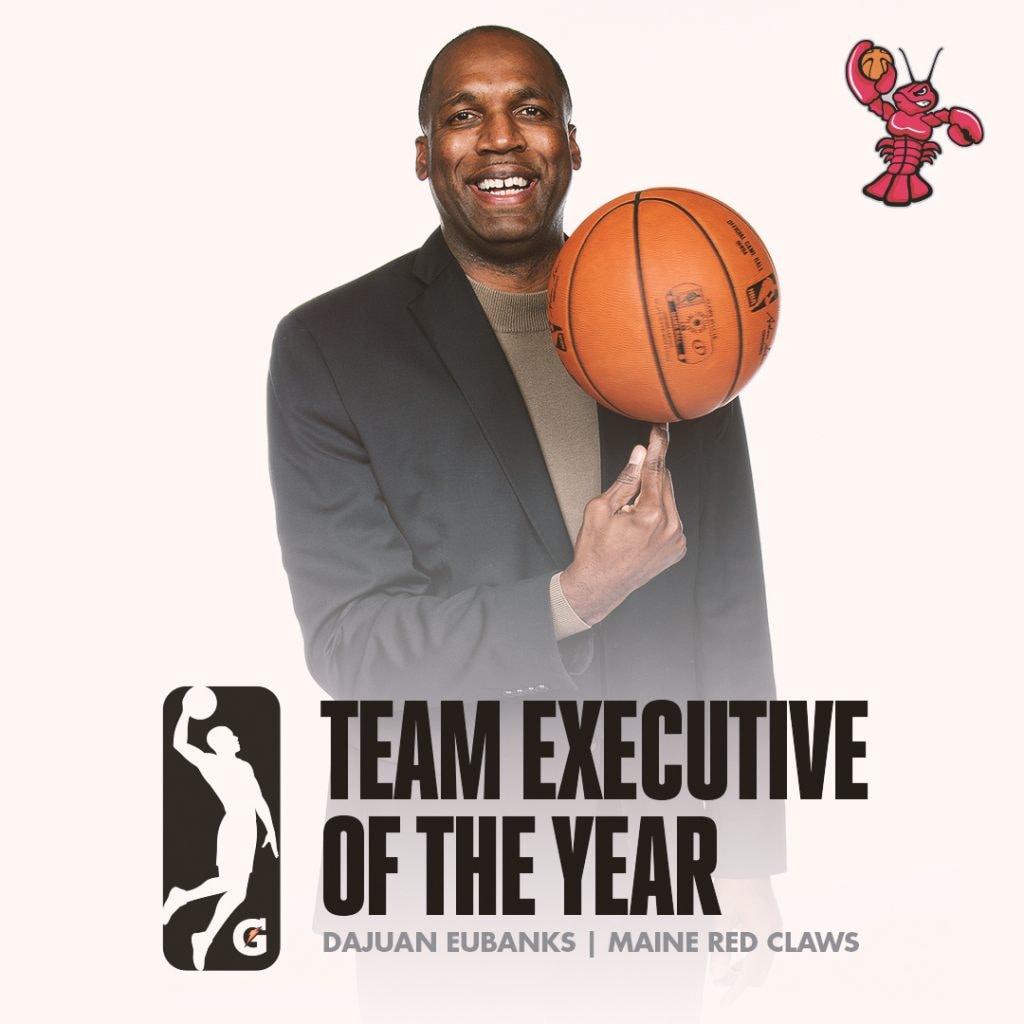 The award is given annually to recognize the team executive of one of the league’s most successful teams. Selected by team presidents, Eubanks earns the honor after a winning Red Claws season both on and off the court.

“It’s an honor to receive this award, in particular to be recognized by my peers,” said Eubanks. “This is truly a team effort. I appreciate everyone’s support, and I look forward to continued success within the Boston Celtics organization.”

“It’s been a pleasure working with Dajuan and his team at the Red Claws,” said Boston Celtics Team President Rich Gotham. “We’re proud to see him recognized for leading the team to new heights both on and off the court.”

A member of the Red Claws organization since the team’s first season in 2009, Eubanks helped lead Maine through the change in ownership to the Boston Celtics in 2019-20. While the Red Claws enjoyed another successful season on the court, finishing 1st in the Atlantic Division in a pandemic-shortened campaign, as the Red Claws saw substantial growth off the court as well. Until the suspension of the G League season in March, Eubanks helped drive attendance to a 30 percent increase during the 2019-20 season, which led to the team playing in its home arena at 97 percent capacity, including 16 out of 19 home sellouts.

Under Eubanks’ leadership, the Red Claws continued to be league leaders away from the Expo and in community, even during the COVID-19 pandemic. In May, the Red Claws, on behalf of the Boston Celtics Shamrock Foundation, teamed up with TD Bank to launch ‘Fueling the Frontline’, a six-week community initiative aimed at supporting local restaurants owned by Red Claws Season Ticket Members while also providing meals to essential workers.