PORTLAND – April 21, 2015 – After a breakout season with the Maine Red Claws, presented by Unum, the NBA Development League announced today that point guard Tim Frazier has won both the Most Valuable Player and Rookie of the Year Awards for the 2014-15 season.

The awards are voted on by all 18 D-League head coaches. Frazier becomes just the second player in D-League history to win both awards in the same season (Devin Brown, 2002-03). He is the first player in Red Claws history to be named MVP, and the second to win Rookie of the Year (DeShawn Sims, 2010-11). 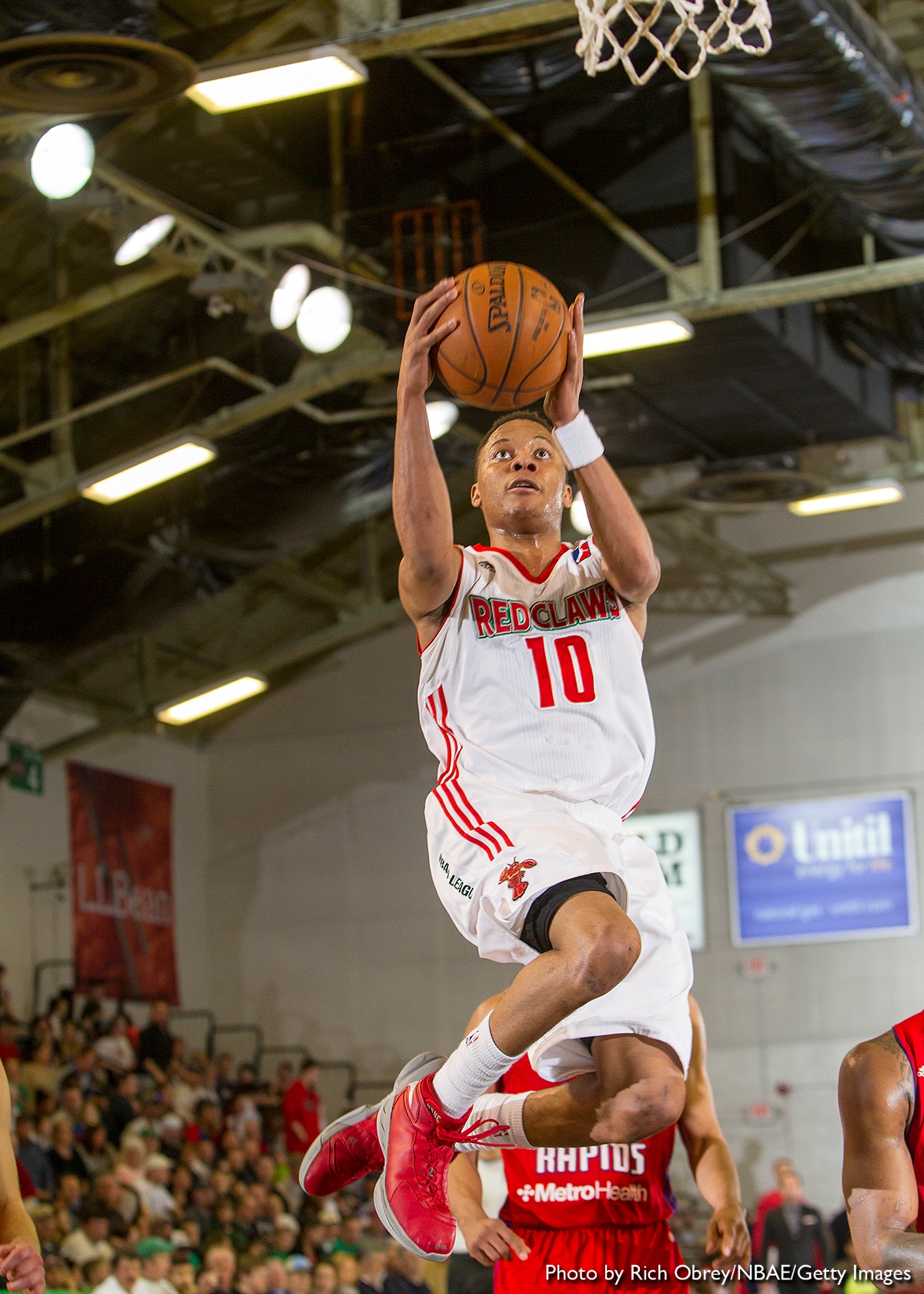 “This season, Tim quickly established himself as one of the league’s elite guards with NBA potential,” said Scott Morrison, head coach of the Red Claws and D-League Coach of the Year. “His explosiveness with the ball and knack for “winning plays” sparked our team to several comeback victories.”

Frazier led the league with four triple-doubles. He finished one rebound or assist shy of a triple-double in four other games. Additionally, Frazier was named league Performer of the Week a league-leading three times.

In 41 games with the Red Claws, Frazier averaged 16.1 points, 7.1 rebounds and 9.5 assists per game. He led Maine to a 35-15 record, and the top overall seed in the NBA D-League Playoffs. Frazier was also named an NBA D-League All-Star, joining fellow teammate Chris Babb and head coach Scott Morrison on the Futures team in Brooklyn.

“Of all the players I have coached in my career thus far, I would choose to have the ball in Tim’s hands during crunch time,” said Morrison. “It was an honor and a privilege to take the court with Tim this season and I hope to be watching his progression in the NBA for years to come. ”

Frazier earned two GATORADE Call-Ups this season, signing consecutive 10-day contracts with the Philadelphia 76ers in February, and signing a multi-year contract with the Portland Trail Blazers in March. Frazier is currently on the Trail Blazers’ NBA Playoff roster.