The Maine Celtics felt like they won the lottery when they acquired a former NBA lottery pick.

Denzel Valentine, selected 14th overall in the 2016 NBA Draft by the Chicago Bulls, arrived in Maine in late January after completing a 10-day contract with the Utah Jazz. He began the 2021-22 season with the Cleveland Cavaliers, appearing in 22 games before being a part of a three-team trade with the Los Angeles Lakers and New York Knicks.

Prior to entering the NBA, Valentine was a four-year star under legendary college basketball coach Tom Izzo at Michigan State, peaking at 19.2 points, 7.5 rebounds and 7.8 assists per game. Valentine was named AP Player of the Year his senior season. It’s no surprise that he adopted portions of Izzo’s mentality as he racked up Big Ten conference awards, All-American team selections and NCAA Tournament victories.

“He’s [Tom Izzo] the same every day. That’s something I learned from him; to attack every day the same way. He wants to get better and pushes everybody around him to be great, and that’s why he’s a Hall of Fame coach and continues to have good teams year after year.” 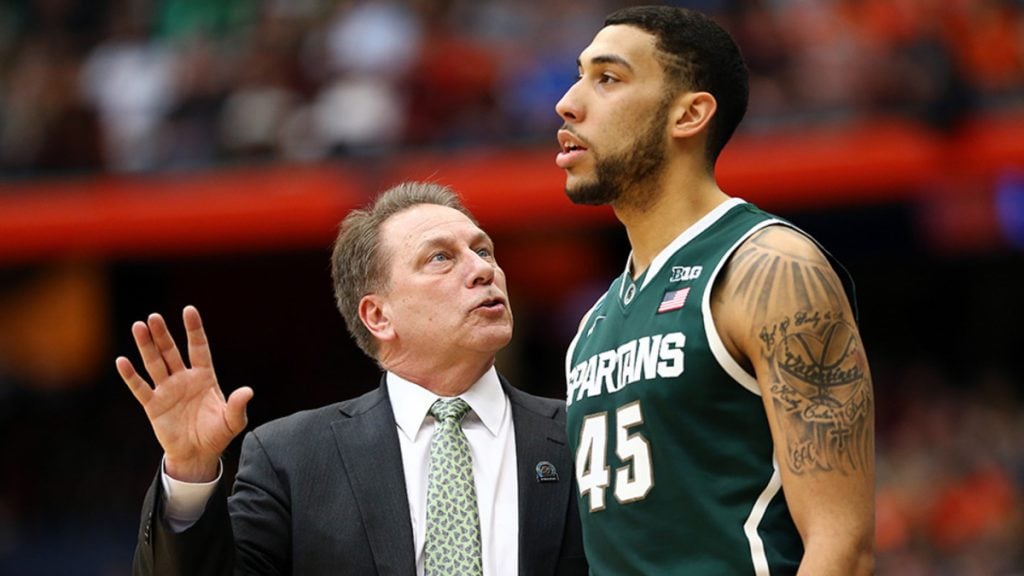 With the most NBA experience of any non-assigned Maine Celtic to be on the roster this season at 254 career NBA games (45 starts) played, Valentine was looking to re-establish his footing following a couple of injury-riddled seasons. However, a broken right hand suffered just five games after joining the Celtics postponed that plan for over a month.

“I hurt it with like nine minutes left and I played the rest of the game [on Feb. 6], but I knew something was wrong with it. I got the x-ray, and they said I’d probably be out 4-6 weeks. I just worked out, stayed in shape, and a good thing about it was that we had the All-Star break to give me extra time. And I could use everything except for my right hand; I could do left-handed workouts on the court, I could run, I could lift, I could pretty much do everything. Yeah, it sucks to have an injury, but it wasn’t totally bad ‘cause I could still be in decent shape when I got back.”

Valentine wasted little time getting back to himself; on March 29, he posted a triple-double of 18 points, 13 rebounds and 10 assists, along with two steals and a block in a 37-point Celtics victory at Greensboro. In his time with Maine, he’s averaging 15.1 points, 9.7 rebounds and 5.9 assists while doubling as one of the team’s best defenders with 1.2 steals per game.

Valentine isn’t a first-timer in the G League, having appeared in a few games with the Windy City Bulls while he was with Chicago. In his first stint as a full-time player, Valentine has taken note of the competitiveness and talent across the league and appreciates the opportunity to hone his craft stateside with many current, former, and potential NBA players.

“Since I’ve gotten into the league – I played three G League games my rookie year and one game my third year – it’s gotten so much better overall. 1-10, a team might have a good 5-6 guys that could potentially play on any team in the NBA. It’s a really good opportunity… it’s easier to potentially get better in an NBA system, and most of the cities are great. Like in Maine, we’ve got a good crowd every night and we play in a good environment. We prepare and do everything like an NBA team does, so it’s a really great opportunity and I think I’ll get better in the G League.”

Valentine plans to capitalize on his opportunity with the Celtics, looking to expand upon his game in multiple facets. In 13 appearances this season (five starts), he’s knocking down 39.8 percent of his 8.3three-point attempts per game – it seems he’s well on his way to accomplishing one of his goals. 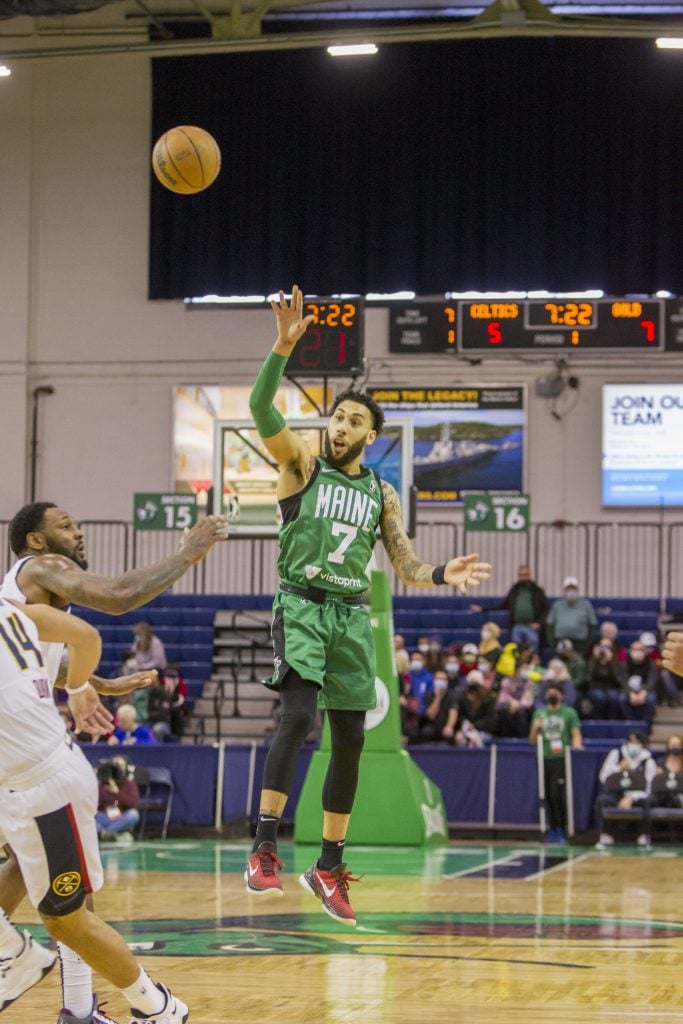 “I just want to get better overall. Defensively, make sure I’m one of the best defenders on the court at all times, because I think I can provide that for an NBA team. But also, I’d like to improve my playmaking and become more of a knock-down shooter. So defense, playmaking, and being a knock-down shooter.”

There aren’t many cities in America better than Portland for a person who enjoys good food, and Valentine has already begun to eat his way around town whenever he’s not relaxing at home.

“I like to try out new restaurants, get on FaceTime with my friends and family. That’s pretty much it, honestly. Highroller Lobster Co. is good, Scales is pretty good. Tuscan Table is good. I’ve tried six or seven restaurants and every one has been solid.”