Luke Kornet is the man in the middle for the Maine Celtics.

Fans in Maine might remember Kornet from his time with the big club in Boston last season. Arriving from Chicago as part of the trade that sent Daniel Theis to the Bulls, Kornet played in 18 games (two starts) in the second half of the 2020-21 season as Boston made a push for the playoffs. Earlier in the 2021-22 season, Kornet missed two weeks of G League action to suit up for Team USA in the FIBA World Cup Qualifiers in Mexico. 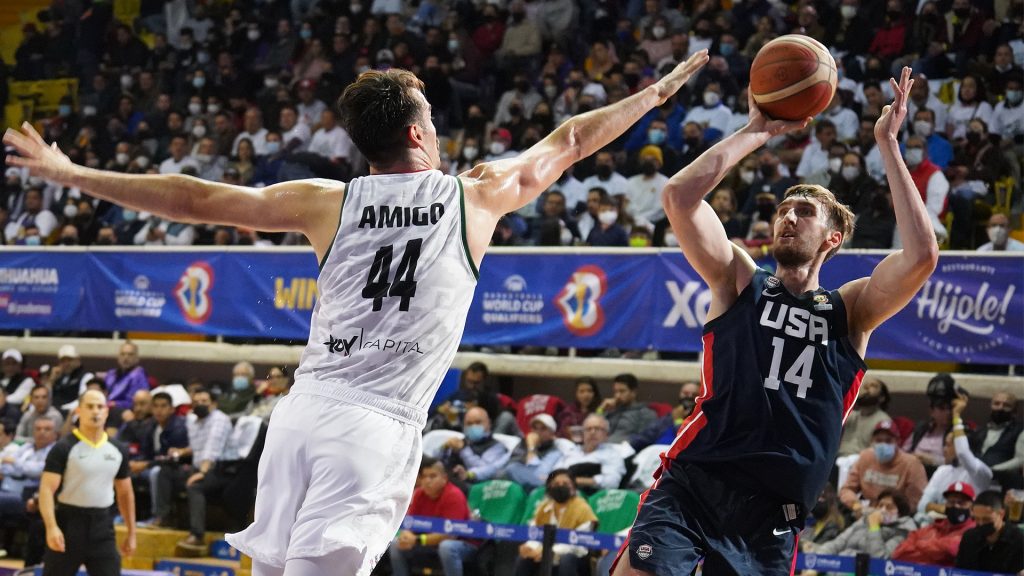 “It was a great experience – it was really nice having some familiar faces there, people I’ve met, played with or been coached by before… I’m just a guy who loves the people I play with, so playing for your country, getting to know everyone better, that’s what I really appreciate the most about it.”

Kornet doesn’t have the stereotypical 7-footer skillset. He spaces the floor, shooting lots of threes for a center, is a good playmaker and fills the lane in transition. Here’s a fact that will win some money on trivia night at your local restaurant: Kornet is the all-time NCAA leader in 3-pointers made (150 3PM) by a player seven feet or taller. It wasn’t always a welcome sight to see a big man launching threes on the perimeter, though.

“Honestly, to make my way to the pros, I didn’t think that [shooting] was a possibility until about my sophomore year of college. I’ve always been a shooter that just has fun playing basketball, and I didn’t really get very tall until my senior year of high school — my junior year I was 6-4, so the shooting wasn’t a ‘rare’ thing until I was about 6-10 my senior year. All I ever did was shoot threes, so it felt pretty natural.”

Like many of his Celtics teammates, Kornet has a wealth of NBA experience under his belt already and is looking to improve on a few aspects of his game to make his way back to the league. The keys to getting back to where he wants to be; effort and health. in different ways, so I think getting back to being mobile defensively and making shots are the top two things. In terms of knowing how to play and where to be on the court, I think I’ll always have that, so it’s really just having my body be consistent and my performance improving with that. I’ve always been a guy who just hopes to win, so I hope we continue to have a good team because that’s honestly what separates everything; if you enjoy playing with your teammates, everyone plays hard and competes, that’s what wins games.” 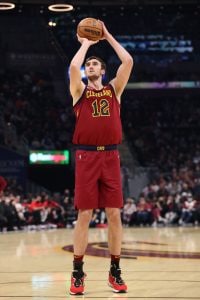 After 10-day stints with the Cleveland Cavaliers and Milwaukee Bucks, Kornet is well on his way back to being a full-time NBA player.

“We were in Las Vegas at the Showcase and had our shootaround for our game that night, and I actually came off the court and our GM, Remy Cofield, told me that Cleveland offered me a 10-day – I agreed to it but I couldn’t leave for two days while the league finalized the paperwork. 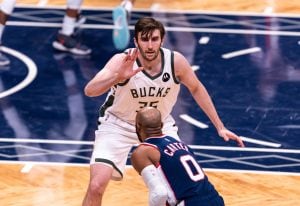 Then, it was the night after my last game with Cleveland and they let me know they wouldn’t be giving a second 10-day, and that was when Milwaukee contacted me. So, that all happened really quick and it was a pretty crazy process.”

During his rookie season with the Westchester Knicks, Kornet visited The Expo and scored 16 and 19 points in a couple of mid-January games back in 2018. Since then, Portland has always stuck out to him as a memorable stop along G League road trips and he’s glad to be a part of the team and community as a Celtic. 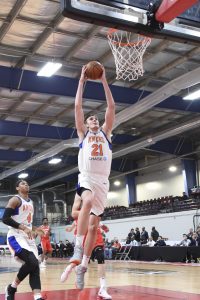 “When I was a rookie with Westchester, we went to Eventide and had lobster rolls and it was delicious. [The Expo] is a really great gym. I think we played back-to-back games here and the fans were awesome. There are a couple places throughout the G League that you remember a little bit more and this is one of them. It was a fun game, the team was pretty good and it was really fun to play here in front of this fanbase.”

Though he’s a native of Texas and an alumnus of Vanderbilt University located in Nashville, where he was a two-time SEC All-Defense selection, Kornet is still no stranger to the cold weather after four NBA seasons spent in Boston, Chicago and New York. 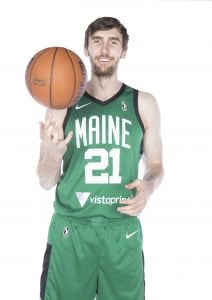 “I just think it’s [Maine] extremely beautiful. Being here in the fall was awesome. My wife and I live outside of Nashville so we appreciate that quite a bit — I’ve been spending some time driving along the coast and around the area. Maine is one of the nicest places I’ve ever been.”

A peruse of Kornet’s Wikipedia page will turn up quite the claim from his high school golf coach Larry Frank, who says Kornet has “the most naturally athletic golf swing in Liberty Christian history,” though the big man has picked up some new hobbies over the last year.

“For most of my life, it was probably golf, though I’ve gotten into cooking and baking a bit this past year. My family will spend all day making meals and just cleaning up after them. It’s been really enjoyable.”