The Red Claws will hold Military Appreciation Night on Friday, March 6. Back by popular demand, the team will be wearing special camouflage themed uniforms for the game vs. Grand Rapids. The uniforms and the night will be sponsored by General Dynamics/Bath Iron Works. In addition to the uniforms, the Red Claws will honor military members within our organization and fan base, as well as Bangor-based Maine Army National Guard soldiers, who recently returned from a 10-month deployment. The crew of the Coast Guard Cutter SITKANAK will also be recognized for their services here in Maine. 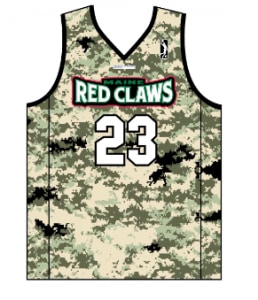 “Military Appreciation Night has become a tradition with the Maine Red Claws,” said team president Dajuan Eubanks. “It is a way that we can give thanks to all Mainers who have served and are currently serving in all military branches.” 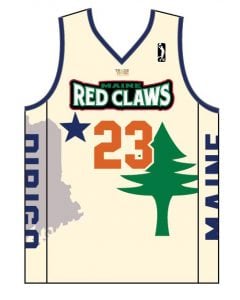 “Basketball is an important part of the history and fabric of the state of Maine,” said Eubanks. “We love being part of that history and cannot think of a better way to recognize Maine’s 200th birthday than with these special uniforms.”