PORTLAND, Maine – December 28, 2017 – The Maine Red Claws, presented by Unum, announce that the team has acquired Anthony Bennett in a trade with the Northern Arizona Suns.

Bennett, who was the #1 overall pick in the 2013 NBA Draft by the Cleveland Cavaliers, is set to join the Red Claws, pending the completion of a physical. 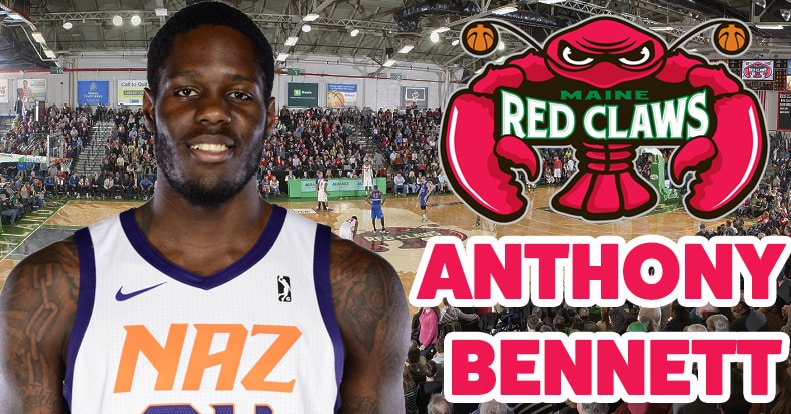 Bennett has played for four different NBA teams in his career and 14 games with Northern Arizona this season, averaging 11.7 points and 5.6 rebounds per game.